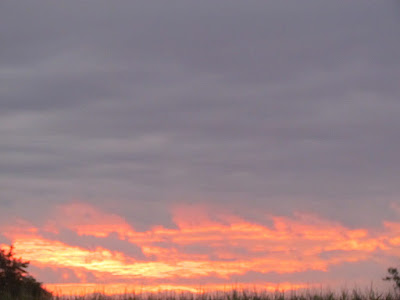 Now that we are getting a load of rain, there has been no time to keep up with the weeds in the gardens.  They are full of ticks now, so repairing the weed whacker is on top of the to-do list.  I went out to check tomatoes and got attacked by ticks.  Literally.  I forgot to put my tick oil on.

Anyway, the tomatoes are just now starting to turn in color.  Nothing ready to harvest, but turning red anyway. 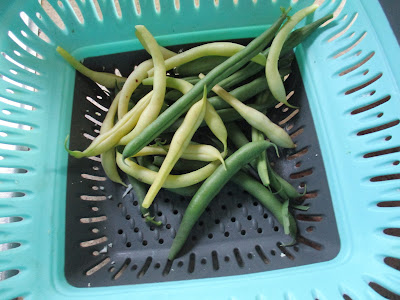 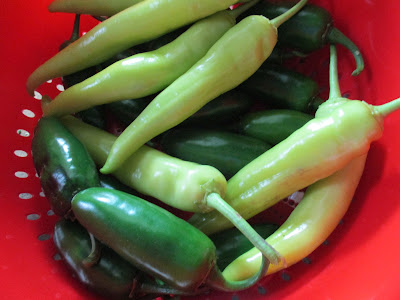 (Hot peppers are so far doing the best)

Green beans and zucchini are a joke this year.  I don't know if I planted too late or it's just this darn weather.  So frustrating.  The rain could change that, but....

The rabbits tore my greens to shreds, so fencing is the only way if I plant next year.  I have no idea if the potatoes have made it, due to the massive weeds in that bed as well.

Well shoot, I thought the year started great this year, but now I need to find zucchini and green beans to stock up.  Sheesh.

Also, I planted 6 cherry bomb pepper plants ( that I started from seed) and was devastated to see one eaten to the quick.  What eats hot pepper plants?   I have no idea, other than grasshoppers.  So sad and so frustrating.

I planted one single grow bag of carrots this year and the buggers are leaving it alone for some reason.  I guess that is good news, other than I didn't plant enough to freeze.

My husband brought home one lonely yellow squash.  Co-workers often bring in extra veggies.   I sliced it and it's now blanched and in the freezer.

I am writing out another list for the next trip out.  I plan on stopping at some produce stands as well.  Gosh, I am way behind on winter stock up, but gaining. 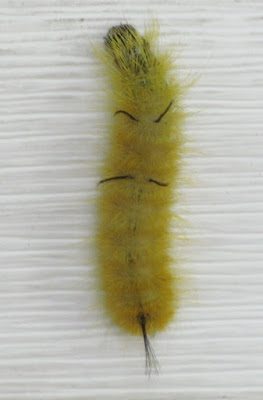 I totally forgot I had this photo on my camera. I saw this crawling up the side of the house when I was taking laundry out to the clothesline.  According to my research, it's not something you want to touch.  I have never seen this here before.  Crazy.

Innovatively written by Kristina at 4:04 AM

My garden went to weeds, too, and the few plants that were producing early on burned up. I mowed it all down and, like you, hope to hit some farmer's markets and find some fresh produce there. Have a great day!

Try putting down cardboard between rows, plants next year to cut down on weeds, if you can't afford to put down the weed stop plastic/web material. Husband composts all the leaves, grass clippings, then puts around his plants in the garden. Just suggestions.

Have your daughter save all the boxes she used to move... before she throws them away, iffen, she unpacks!!

Have a great farmers' market venture and weekend. (Ewww, Friday the 13th!)

I am with you on the garden we had heat then Rain and now heat. I have red pepper and a few tomato but thats it.Stay safe.

Rebecca, I'm glad it's not just me with the garden issues. My husband thought we had bad soil or seeds, but we planted a wee bit late due to a late frost.

Mother Em, we actually put old rugs between tomato rows that worked great, but we didn't have enough for the entire garden. I put cardboard down under grwo bags, but yes saving the cardboard.

Lisa, I'm hearing more and more with garden issues. Thanks. 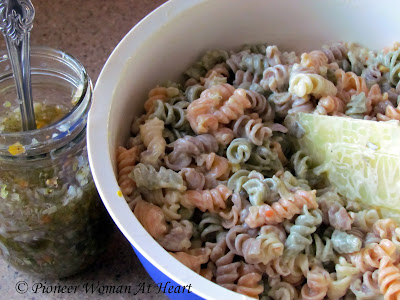