Rhubarb is in season now.  Guess what concoction I made?  Well, the title of this blog sort of gave it away, ha ha!  I created rhubarb vodka.

You can find the recipe online just about anywhere.  I used the recipe from BBC recipes online, adapted with homegrown and organic ingredients. 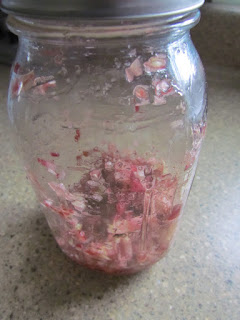 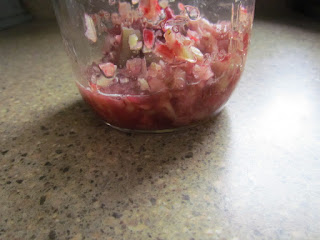 1. I used my food processor to chop up the rhubarb, then placed it in a canning jar with sugar, screwed on a lid left it sit overnight.  I also put it in the refrigerator.  Note:  smaller pieces will macerate faster than larger pieces. 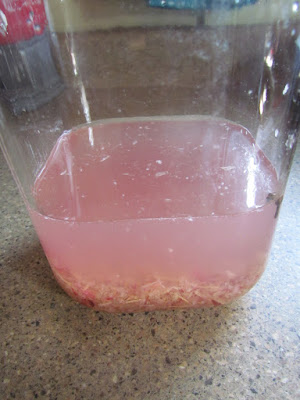 2. I then added the cloves, cinnamon and zest and poured in the vodka.

3 Leave the jar in a cool dark place for 3 weeks, and shake daily.


What can you make with it?  Well, you can make Rhubarb Mimosa.

You can also make a rhubarb martini, rhubarb fizz cocktail, rhubarb cosmopolitan, rhubarb vodka sour, and many other mixed drinks with it.  I wanted to give this a try to see if it's gift worthy or not.  Or just plain good.

Note:  Ingredients will not fit in a quart jar.  I used a larger one, but could have tripled it in it too.  We will do a taste test first, and then decide if it's gift worthy.

Note:  Each time I bake/cook with lemons, I take off the zest and put it in the freezer for cooking/baking and now boozy recipes.
Innovatively written by Kristina at 3:18 AM

Wait three months? Is that possible? This is a great gift idea for the holidays - and I just happen to have all of the ingredients!

How fun! :) I wonder how that'll taste, well, obviously like rhubarb lol...we're going to try to make cherry bounce again this year when the good cherries are in season!

Ha ha, Susan, I thought the same thing. Should taste good too. 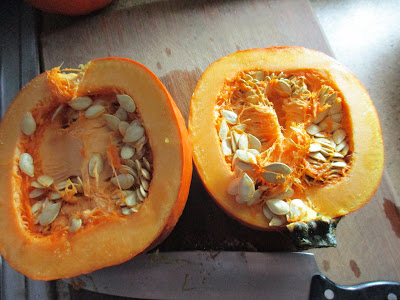