Hubby and I took off on a few motorcycle rides.  One ride we did on our own, and one with a few of the guys.  It's not yet cold enough to put my insulated half chaps on, that Hubby is trying to steal from me.  They are unisex, so he now wants to make a ride back to get a pair for himself.  We've had some wonderful weather.  However, it's wet and cold out when I want to work in the garden early.  We shouldn't even be riding the Harley in November either. 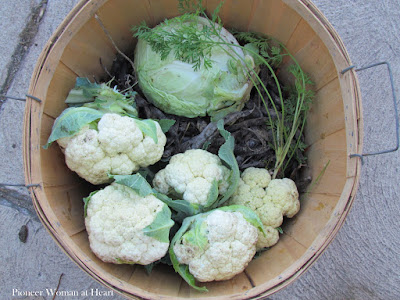 I put it off long enough.  I spent some time in the garden anyway.  Again.  Pulling all the green bean plants, and bringing in a handful for Jesse's dog food.  Pulling the last cabbage, and bringing in some small-ish cauliflower heads.  I pulled 6 foot ragweeds that grew in the carrot row, bringing in a few teeny tiny carrots, so the tops could go to Daughter's pet rabbit. 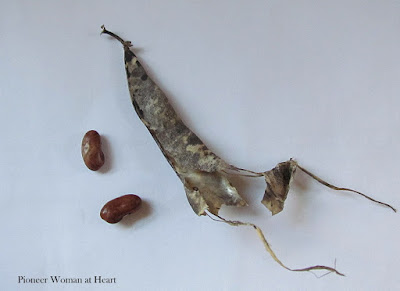 I dug out the weeds and grass, so I could dig out all the pinto beans too. 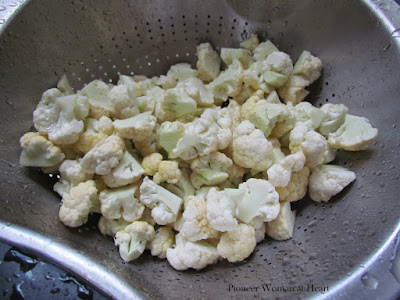 This bowl of deliciousness went into the freezer for winter.  I was so tempted to make a cauliflower/pea frittata, but we just had cauliflower the night before, and our egg supply was minimal.

And I lost a hen.  She was a healthy looking, fluffy, newbie.  One of my blondes.  There was no sign of an injury, so frustrating to see that happen.  She was in the coop when I checked for eggs and opened the doors for morning light.  I left the coop door shut until it was safe to let them free range (we have a lurking hawk this time of year).  Owls are also a threat until mid-morning.

Next think I know, I'm opening the coop and I found her laying under their ladder. I have no clue.

I'll be checking the coop here real soon, as the sunrises, and see if the others are okay.  I know it's not the weather.  My hens have lived through -22°F windchill with minimal frostbite.  It's nice here right now anyway - high 60's.

Lots more to do out in the garden, and so much to clean up in the house yet.

Last night Hubby and I spent evening time in our porch rockers.  It' was approaching 5pm or so, and we watched a fox walk out of the field north, and adjacent to us, cross the road and walk through the field heading east.  I've never seen a fox that time of day.  I did a head count on the hens.  All were accounted for.

Innovatively written by Kristina at 3:18 AM

Lovely heads of cauliflower. They beat my zilch harvest by a long shot! Hope your fox does no damage around the place.

It's odd how sometimes a chicken will just die. We lost the rooster right after the hurricane. Didn't have any injuries, and the 360 fencing around the run kept all the debris out, but he was just dead. He was the same age as the hens (about 2 years old) so we don't think it's old age. He was just dead.
Now we had one hen die a couple of years ago from sour crop or watery crop. We didn't know anything about it or that she had it until she died, so we watch for it now in the other hens.
Hope all your other chickens do fine.
God bless.
RB
<><

Mama Pea, the fox was back yesterday. He's so far, stayed in the fields, but I'm on watch.

Thanks RB, I keep checking to see if the others are okay, and so far so good. 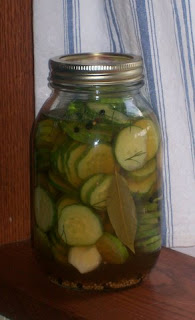